My Own Timeline of Protest 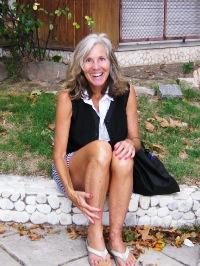 As a long time wellness foodie, chef and cookbook author I’m quite concerned about this comment and have stood up and against Monsanto for 30 years. Saturday May 24th 2014, fifty nations protested in 400 marches. I joined the march in Perth, WA with Freedom Foods and my new country. 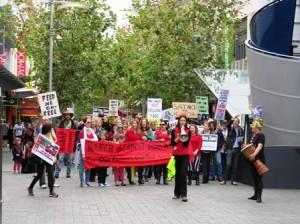 This is my journey…1967–1985 Disneyland Adventure thru Inner Space

The only free ride at Disney was sponsored by the Monsanto Company, horrifically known as the maker of such products as the DDT weed killer, Round Up. I was a teen and the whole ride was creepy with the Mighty Monsanto Microscope peering down at you with a Big Brother-like eyeball. The voice and tone of the scientist explaining microns, neutrons and atoms sounded surreally sinister. After a short ride we had to file out along a seemingly endless passage of ads filled with images of happy smiling people in wheat fields and on tractors to eating some ‘Kleenex-Wonder bread’ on a plate with a proud Betty Crocker mom in the background. I thought it was all as phony as a two dollar bill.

I first heard this quote from my marine biologist professor at Seattle Pacific College a Christian university in Seattle, WA. It was nearly ten years the Silent Spring came out by Rachel Carson against pesticides such as DDT.

“Once these pesticides entered the biosphere, Carson argued, they not only killed bugs (& bees) but also made their way up the food chain to threaten bird and fish populations and could eventually sicken children. Much of the data and case studies that Carson drew from weren’t new; the scientific community had known of these findings for some time, but Carson was the first to put them all together for the general public and to draw stark and far-reaching conclusions. In doing so, Carson, the citizen-scientist, spawned a revolution.”

1917 The US government loses to Malevolent Monsanto

Jumping back to 1917 the US government sued Monsanto over the safety of Monsanto’s original product, saccharin. Monsanto eventually won, after several years in court. Monsanto added more and more products: vanillin and drugs used as sedatives and laxatives. Monsanto began making aspirin, and soon became the largest manufacturer world-wide.

(polychlorinated biphenyls) in the United States. Today PCBs are considered one of the gravest chemical threats on the planet. PCBs widely used as hydraulic fluids, waterproof coatings, lubricants and liquid sealants. PCB’s are now virtually omnipresent in the blood and tissues of humans and wildlife around the globe! These days PCBs are banned from production. “PCB has been demonstrated to cause cancer, as well as a variety of other adverse health effects on the immune system, reproductive system, nervous system and endocrine system.”

I remember those years; all New England fish was off the menu because of the PCB’s. I was doing 360’s in a Zodiac on the bay off Newport, Rhode Island and the captain (accidentally?) tipped me out. I was more concerned about getting out of the water and the PCB’s then getting wet or swimming in the cold.

Yet another lawsuit was filed against Monsanto and other manufacturers of Agent Orange, a defoliant used during the Vietnam War. The suit claimed that hundreds of veterans had suffered permanent damage because of the chemical.

These were my friends from high school who were drafted in the lottery and if they weren’t killed they came back traumatized and very ill. I had to make a habit of never dating anyone that went to Vietnam but I still welcomed them back and made it to many protests and marches.

Mean Monsanto and seven other manufacturers agreed to a $180 million dollar settlement just before the trial began. With the announcement of a settlement Monsanto’s share price, depressed because of the uncertainty over the outcome of the trial, rose substantially.

I remember that time and demonstrated often against Monsanto and ITT – WE WERE hoping then that we had a chance then of taking them down. Some gave up after the settlement (a proverbial drop in the bucket to ‘mighty’ Monsanto) and went to the beach instead. 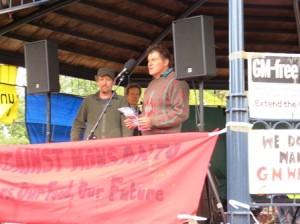 Over 17,000 Indian farmers killed themselves that would be 1 farmer every 30 minutes. Many farmers simply drank the pesticide themselves and lay down in their ruined fields to die. 5 million farmers are now suing Monsanto for as much as 6.2 billion euros (around 7.7 billion US dollars).

Traditional farmers, not wanting to raise genetically-modified crops, have their work cut out for them. GM crops are invasive and experts warn that their take-over is inevitable. This world-takeover is especially believable with all of the recent news concerning contamination of the global food supply by unwanted and even unapproved genetically modified crops.

Similar lawsuits have been filed in Idaho and Washington State. The farmers are seeking class-action status, which would give them more collective power against the corporation.

Monsanto is denying all culpability. In fact they pointed fingers at angry activists, suggesting people who want to see them go down may have planted the GM-crops in an effort to sabotage them. This, after an unapproved strain of GM-wheat was discovered growing in an Oregon field. 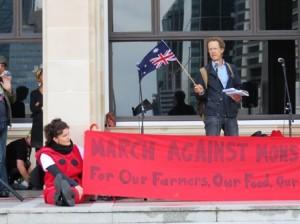 Wheat isn’t the only genetically modified crop popping up across the globe. GM-flax and rice have both been found as well or not well as the case may be.

Farmers like this latest one in Kansas are doing their part to hold Monsanto to task, demanding accountability from a corporation most interested in making money and casting blame. As global disdain for companies like Monsanto grows, we can hope to effectively loosen their grip, at the very least, and perhaps even one day demolish this demon.

As the information continues to surface on Monsanto’s crimes, further lawsuits will begin to take effect. After it was ousted last January that Monsanto was running illegal ‘slave-like’ working rings, more individuals became aware of just how seriously Monsanto seems to disregard their workers — so why would they care for the health of their consumers?

What I am going to do, for my part, is to offer healthy living and culinary workshops with of course no GM foods, low on the food chain, local, seasonal and organic as possible from my own e book cookbooks garnered from my travels hither and yon!

From my world travels searching for non GMO & organic foods!

June 2, 2014
Blog No comments Susanne Wilder
← A Morn of Salubrious Soups @ a not so charismatic church Freedom in a Skating Journey through Life! →