Atop a temple after yoga on their lawn!

This tiny kingdom in the Himalayas could well be my eco’ sustaining and unspoiled second home. For decades I’ve been writing and teaching about living an ‘Ethicurean’ green and luscious life. Eating low on the food chain with seasonal food formulas, fast and fresh were the prototypes of recipes I created and shared after having studied the culinary and nutritional principles at le Cordon Bleu and Home Economics at WSU respectively. 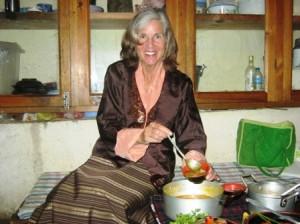 It was Julia Child, herself, who was kind enough to write back to me in my high school years to learn the foundations of French cookery and suggested studying at the Cordon Bleu in London, as they “teach in English and don’t flunk you out for being American.” They required a 3 year reservation and lengthy application of my commitment to the culinary field.Later I saw the movie, Julia and Julia and understood about the hard time they gave her, though I did do a short stint at La Varenne in Paris. 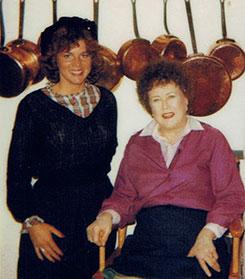 Me and Julia Child

Meeting her and Paul again after I graduated, I mentioned following her advice and gavethem an autographed copy of my first cookbook 30 Minute Meals (1983). She was ever gracious replying, “Oh how delightful!” in that inimitable voice.

The only downside was the 4 kilos or 10 pounds we gained with all the butter, Cognac and cream! Thus I evolved into a reformed Cordon Bleu chef, applying my nutritional background to revising the classics and new dishes from my travels.

And the culmination of 30 years of adventure and food travel resulted in my trip to Bhutan, land of Gross National Happiness over GNP. This was another long term goal that took 10 months of pitching the media trip with all that I could offer them and worth every moment. In traditional Bhutanese belief, a soul symbolises purity, timelessness and spirituality qualities that Bhutan is known for. The pristine environment, the venerable culture that lives as vibrantly today as it did centuries ago, and the palpable pulse of the Buddha dharma make Bhutan an unpolluted true earthly sanctuary. Wow! Purity, timelessness and simplicity are aspects of each of my e books too aka Wilder by the Dozen (as well as delicious and nutritious)! Ok end of commercial break…

From the instant you alight from the plane and exciting mountainous then short runway landing every way you turn is a postcard perfect picture!  The rest of the crowd went in to stand in line and I explored the side gardens and sniffed around, stretching and smiling to myself. I did it!

Part II Next week – my 30th Anniversary (part of why I went!) 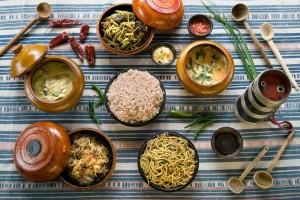 October 9, 2013
Blog No comments Susanne Wilder
← What it was like?! Bhutan II: More Organic Health and Happiness! →